A Weekend to Remember

An amazing weekend for the club. It’s hard to know which news is most prominent but I’ll do my best. Here we go.

Our middle school athletes showed some serious resilience playing back-to-back games with very few subs. The Longhorn 8th grade team, featuring Tomas and Ryan, won it all with a 12-6 win over Zilla. Afterwards, our Longhorn White (AquaHorns) 6th grade team finished third after playing its first game with no substitutes, then defeated a (big!) team from Alamo Area for the bronze. Our friends from Longhorn Orange won the 6th grade u championship over AAAA. Congratulations to our medalists Tomas, Ryan, Izzy, Wes, and Aaron for a great Sunday of water polo. 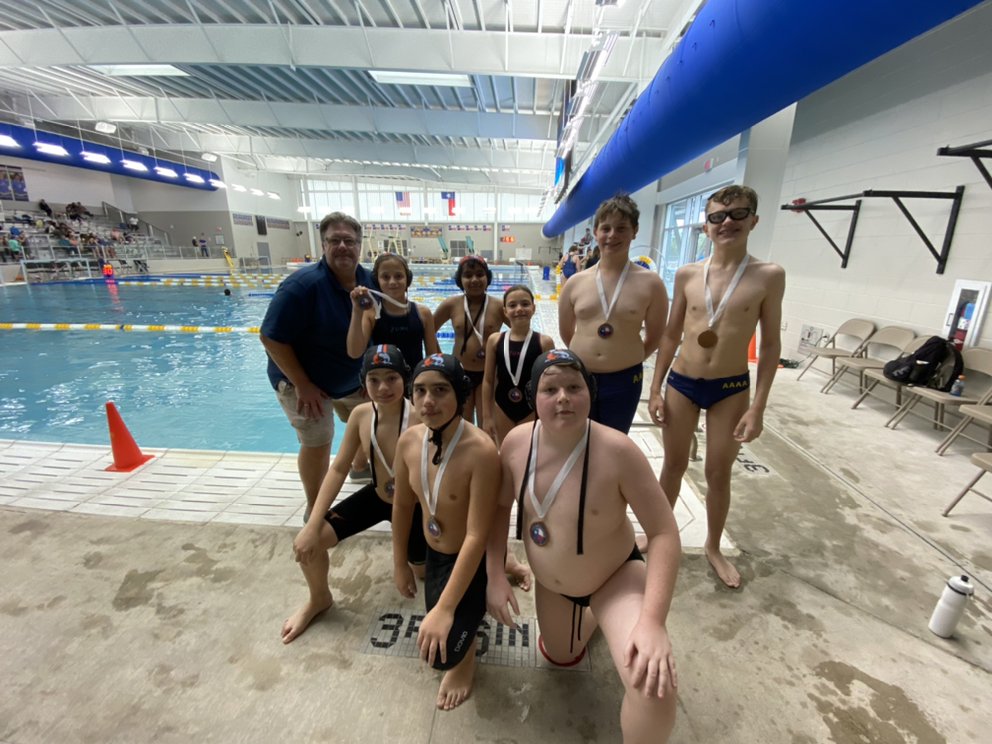 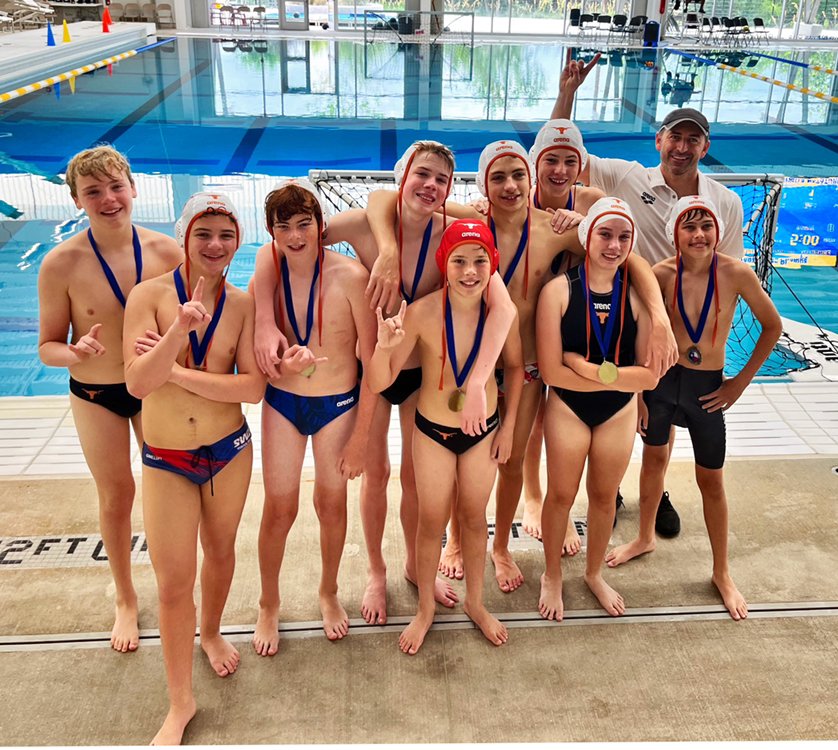 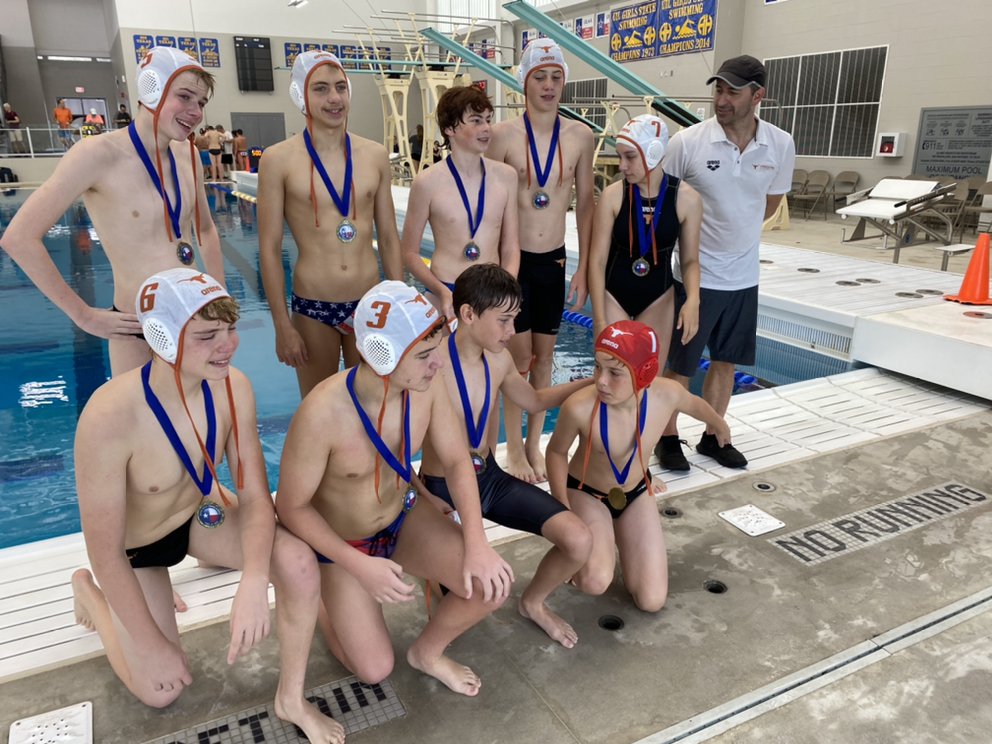 Our athletes shone at the TISCA High School Water Polo West Region Championships on Friday and Saturday. AquaTex girls featured prominently on the Round Rock HS team that upset Cedar Ridge to win the tournament championship in overtime (!). They will be the region’s top seed at state championships in two weeks time.

Meanwhile our numerous boys playing for Round Rock HS beat Cedar Park in their opener but fell to eventual regional champs Austin HS in a tough quarterfinal match. They finished seventh along with Vandegrift, led by our super freshman, Aaron, whose Vipers won big over Waco Midway in the opener and then hung tough with top-seeded McCallum in the quarters losing 16-11.

His was not the only standout individual performance by an AquaTexan, and we are still waiting for all-Region announcements, which we’ll share as soon as we get them. But it was clear (and noticed by high school coaches with whom I spoke) that our athletes stood out as many of the most accomplished in the entire tournament.

A small personal note: I felt it was a good idea to help referee high school matches this season, which forced me to remain as impartial as reasonable over the course of the season. And so I thought it would be a very poor idea to display any emotion about how well our players did and how excited I am about our Round Rock girls’ championship in particular. But I could not be more proud of every one of our athletes and how they performed this past weekend. I just couldn’t show it! Congratulations to EVERY AquaTexan who took part in the tournament. #ProudCoach

We’re immensely proud of Kendall Strauss who has committed to Macalester College to play varsity water polo for the Scots beginning this fall. She will be the fifth AquaTex athlete to play collegiate water polo following Joel Gibson, Braden Sullivan, Kendall Katusak, and Shannon Berry (more on them below).

Kendall joined us in 2019 and has consistently been one of our hardest workers and, coaches agree, has improved over that short period of time as much as any of our athletes. She was a First Team All West Region selection in 2021 for Round Rock High School and was selected to the USA Water Polo Southwest Zone ODP Youth team in 2022. And she has been a Swim2Score coach at AquaTex since last fall.

Congratulations to her and her family. #GoScots!

Austin College won their second consecutive CWPA Division III Championship last weekend and are headed to California to compete in a four-team national championship tournament on May 7-8. The ‘Roos beat Augustana College convincingly in the final match and now have two weeks to prepare for Whittier College in their tournament opener. Congratulations to Coaches Kendall and Shannon, and the entire team!

The rosters are set for TAGS in Angleton this coming weekend but we (Longhorn) still have until Wednesday to make any additions. Let me know directly if you want to add your athlete to a TAGS roster if you haven’t already. You can view them and more info on the tournament on the TAGS event page.