An AquaTex-only 12u roster went 3-1 at the Dare to Dream Festival in Cypress over the past weekend, beating Pegasus Red, CFWPC, and Alamo Area while falling to the Thunder 12u girls (they’re good!). It’s the first 12u team made up exclusively of full time AquaTex members in some time and bodes well for the future, especially since we were missing a few 12u athletes who had other commitments. 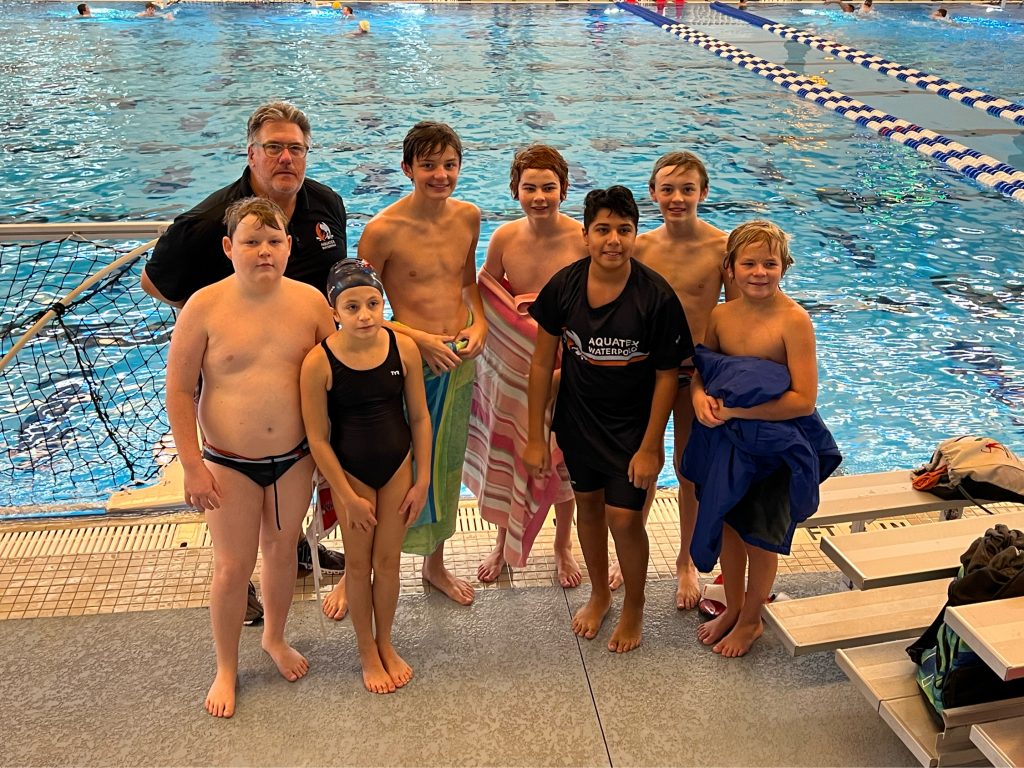 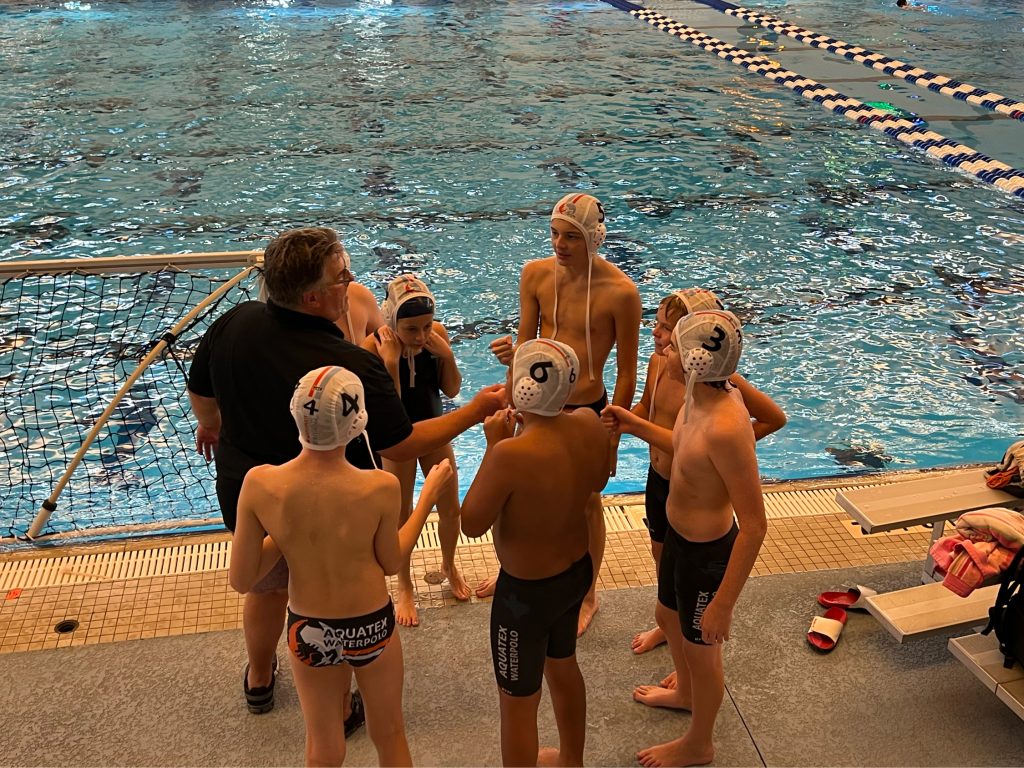 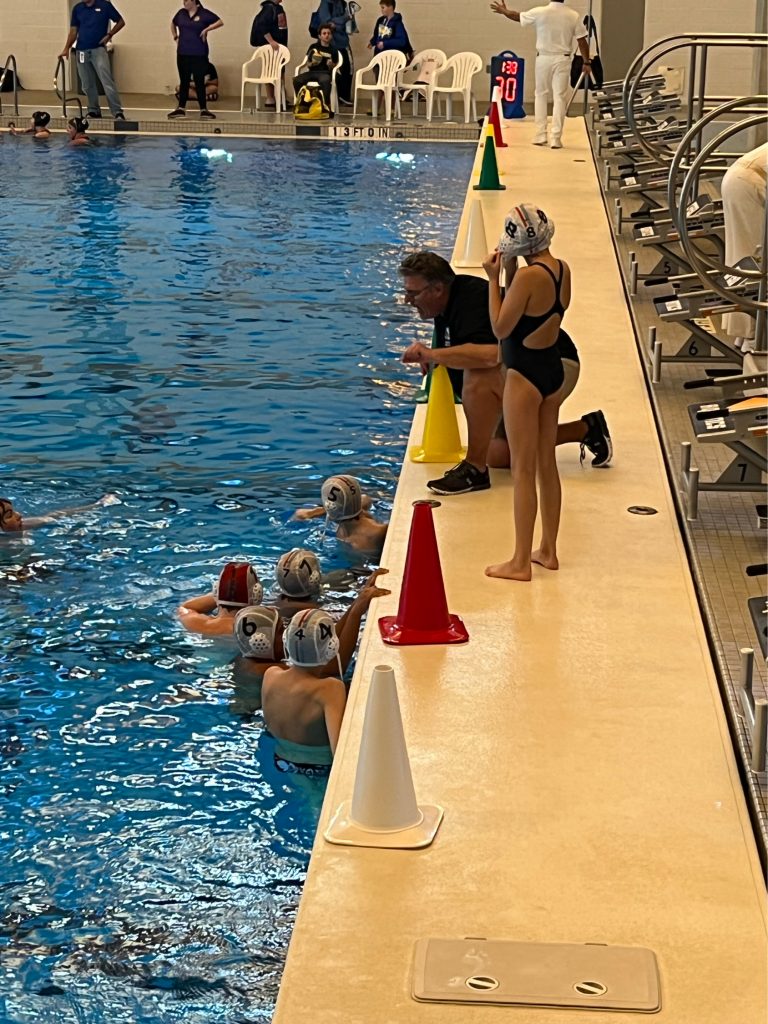 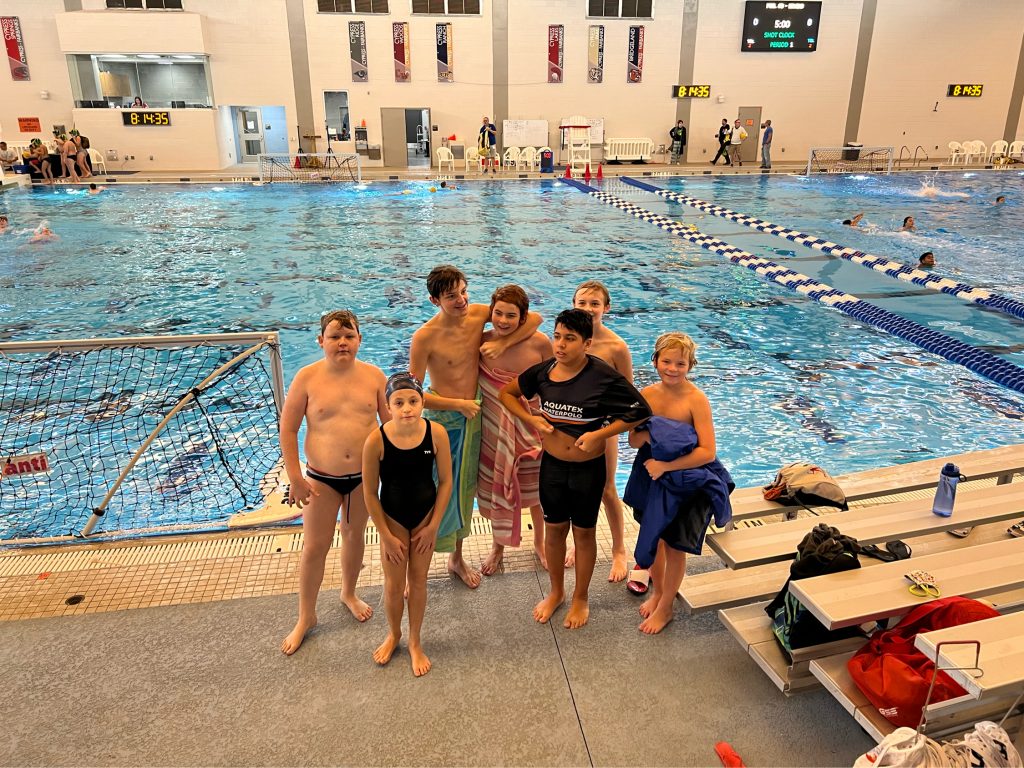 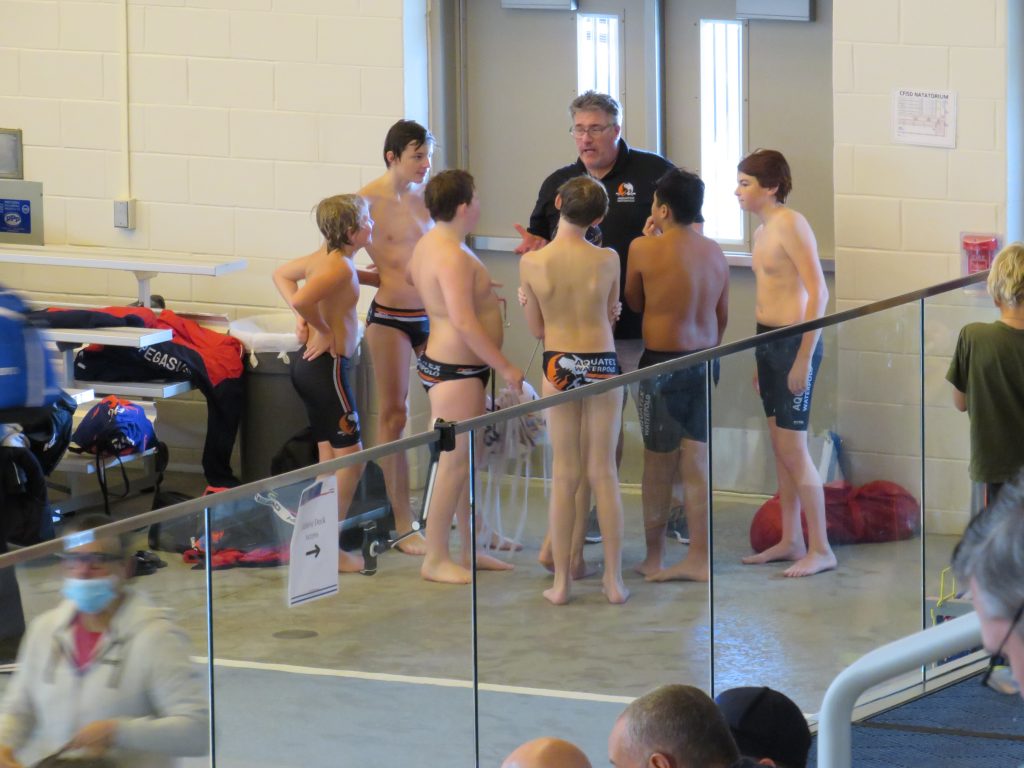 A particular shout-out to Tristan and Tomas who have now graduated to the 14u level of play after showing their prodigious skills against the four opponents (one opposing coach was particularly impressed). Wes was the anchor in goal and also got significant playing time in the field; Izzy continues her one-on-one defensive onslaught; William was relentless in attacking the cage and scoring; Rudy continues to shoot the ball hard and increasingly accurately; and Silas is an old veteran, steady hand, making few mistakes and plenty of smart passes and decisions (while also dominating at the 10u level).

Two dominant wins, one tight contest with Alamo, and a challenging but close loss to Thunder: it was a very good weekend for AquaTex.

Meanwhile, Silas, Ryan, and Ash (repping our Swim2Score program) went 2-2 with their Longhorn White 10u team, including a six-goal comeback to beat Viper Pigeon 24-22 in their tourney opener. Silas was dominant, the leading scorer and distributor while Ash improved even over the course of four matches in the goal. And Ryan (age 7!) participated in every game contributing a key pass in her last game. It was such a fun tournament for our youngest athletes. Longhorn was the only program that entered two 10u teams, a great sign for both our club and the ‘Horns.

On Sunday, January 30 we’ll return to the new Alamo Heights pool to participate in the South Texas Championships. This one-day festival is another great chance for all our age groups to get together before the high school season begins. For our oldest athletes, our preference is to create at least one 18u coed team made up only of AquaTex athletes led by Coach Alon. Even better would be separate 18u boys and 18u girls teams that would include anyone of high school age. If that doesn’t work out we will happily compete as AquaHorns, boys and girls. Those are details yet to come but given the return of several of our 18/16u athletes it’s possible we could field exclusively AquaTex teams. Sign up!

The same holds true for every other age group though it is far more likely we’ll combine with Longhorn for those, maybe excepting an AquaTex 12u coed team (six AquaTex 12u athletes are already signed up). If you need the link to our commitment sheet just let us know. Deadline is Thursday the 20th.